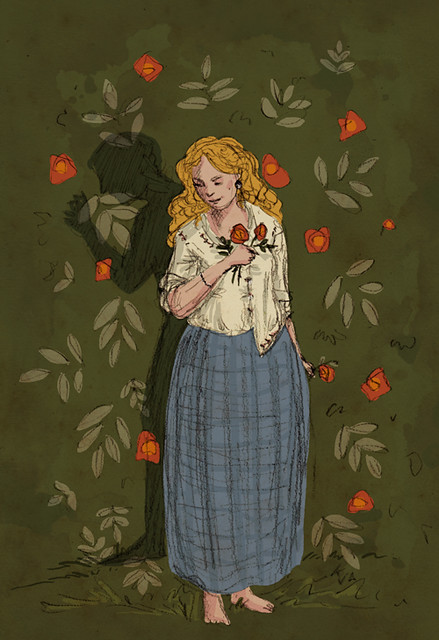 This week’s Illustration Friday picture began as a technique practice/reset between jobs, but I lost track of what I had originally planned on doing and got carried away (not for the first time) with Janet luring Tam out into the daylight in the ballad “Tam Lin“.

I do appreciate that Janet always knows exactly what she’s doing. I do not require this of all my heroines, but Janet is so beautifully consistent. “Oh I forbid you maidens all who wear gold in your hair/To come or go by Carterhaugh, for young Tam Lin is there.” The story opens with a prohibition, which Janet consistently and deliberately flouts, while Tam is simply caught up by events (and Janet).

She should also be wearing green, but this is Janet, so “should” may be safely ignored.

This is pencil with digital colour and assorted textures. One day I will remember to make a cleaner layer of flat colour, because I do enjoy getting the flats to ‘read’ well. I ran these flats through Inkscape to tidy them up a bit for public viewing: 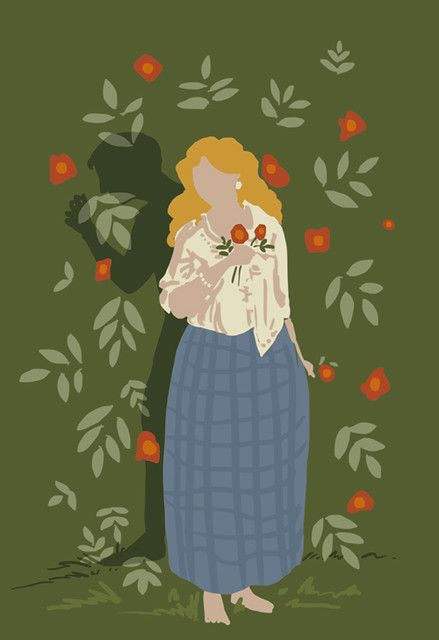