The first part of the report is at Part 1 – New York, New York

I caught the bus from New York to Boston, through hours of autumn foliage. Here are some tree sketches from a moving vehicle, trying to approximate colour with a limited range of pens, and to catch the shape and pattern of leaves from a distance and at speed. 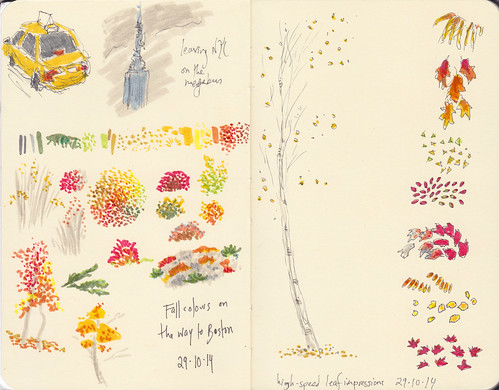 Boston! Where the squirrels are tough and muscular and will beat you up for food. Also, Leif Erikson. 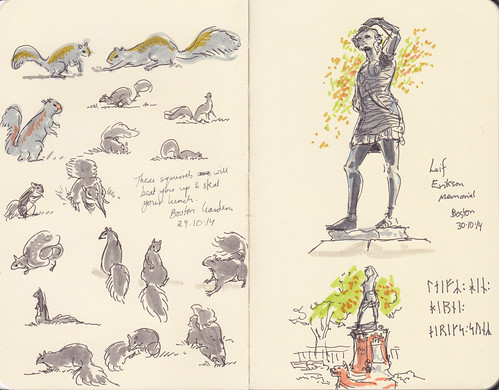 A visit with Theodora Goss, full of books and fairytales. Then off to the Goya exhibition at the MFA! It is always striking to see paintings in the life. In the case of the Goyas, there was such a wonderful, candid, intense, scribbly nature to the art – both texture (ink and engravings) and air. The Family of the Infante Don Luis is enchantingly candid, like a photo during the setup for a family photoshoot – some are posed, some are wandering in or distracted by an adjustment, one man grins directly at the viewer… 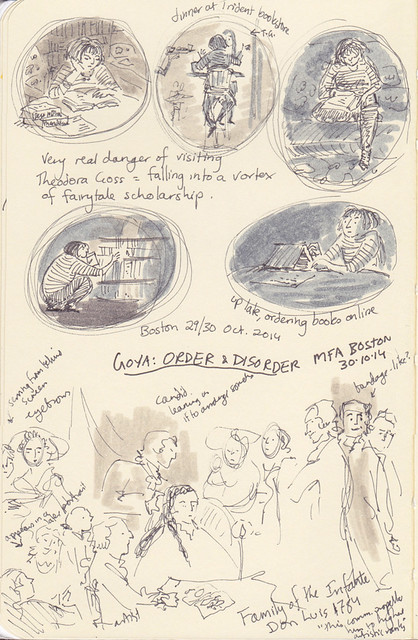 Lively and all of them full of more than one story – full of story. 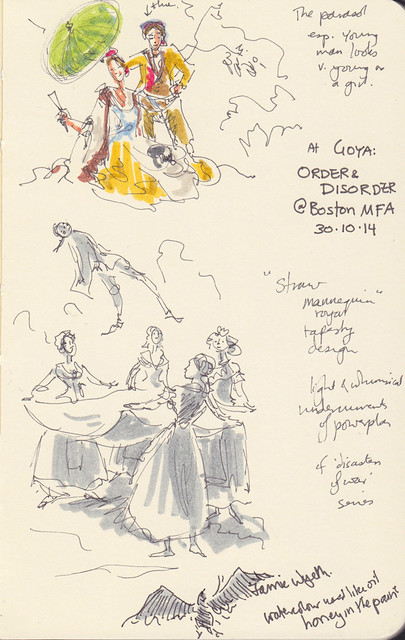 (I also visited the Jamie Wyeth exhibit, but was running out of time so only sketched one seagull). I then visited my first Blick Art Materials store, which was marvellous. Fortunately, I was travelling light on this leg, having sent my luggage ahead with Kelly to Northampton.  And on Thursday evening, I took the ferry to Salem. 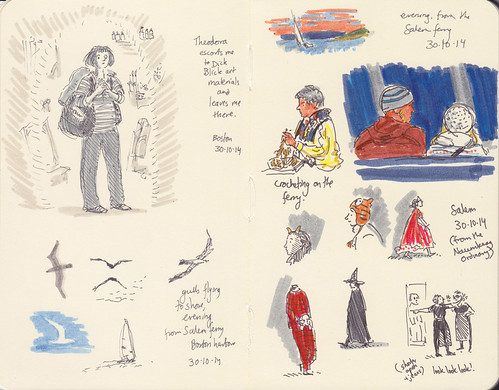 Halloween is an interesting time to visit Salem! Between the costumes, the views of early colonial American history are frequent and fascinated me because the visual vocabulary is so different from the corresponding period in Australia. Our European images really start off with Georgian aesthetics. 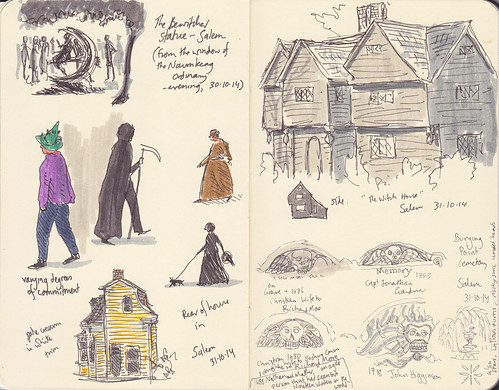 Here is the detail of some notes on the progression of gravestones – the skull-and-wings which is most common in the earlier, pragmatic, puritan, ‘in the midst of life we are in death’, and is replaced by romantic imagery of angels, willows and urns.

The Nathanael Mather inscription “an aged person that had seen but nineteen winters in the world” was used by Hawthorne in one of his stories, but I am not entirely sure what it means.

Next, the Peabody Essex Museum, which was full of small wonders, and a brace of brave figureheads. 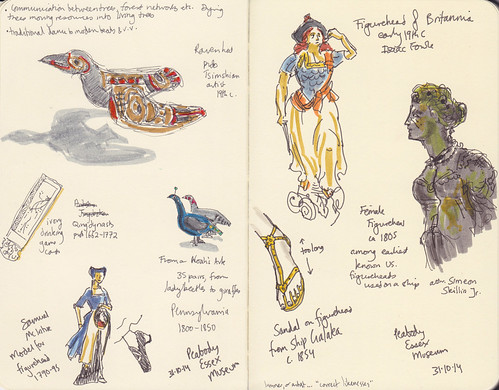 A lovely little velocipede. And I did visit the House of the Seven Gables, of interest for many reasons, including that the restoration for tourists was based on a novel rather than the history of the book, and is old enough (over 100 years) to of itself be of historical interest. 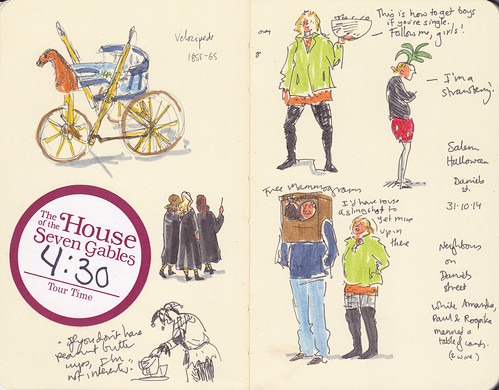 By now it was Halloween properly. I sat out on the sidewalk with the neighbours to man a candy table in the cold (we had warming beverages), then went out to roam the streets, eat deep-fried confectionary and sketch costumes. 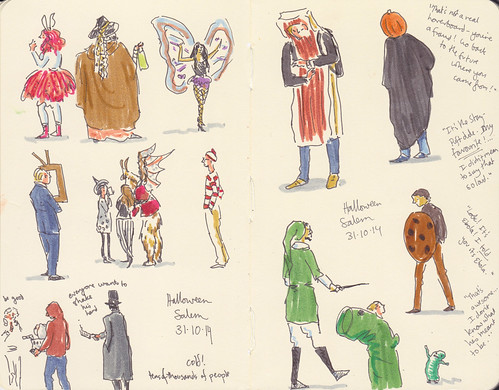 Next in the series is Part Three: Western Massachusetts and World Fantasy Convention