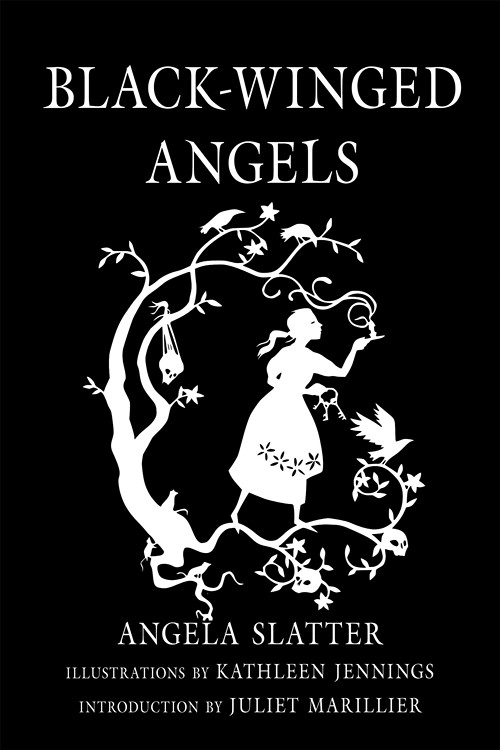 I’m a huge fan of Angela Slatter‘s work (which just keeps getting better and seriously, you should read The Bitterwood Bible and Other Recountings and put it on all the award lists, and of Angela, so I was thrilled to illustrate Black-Winged Angels,  Ticonderoga Publications’ limited edition of some of her earlier dark fairy tales.

Angela had seen some illustrations I was working on for an art show, and asked if several of these could be illustrations for the stories in this collection. We discussed the others and I put together very rough digital sketches. 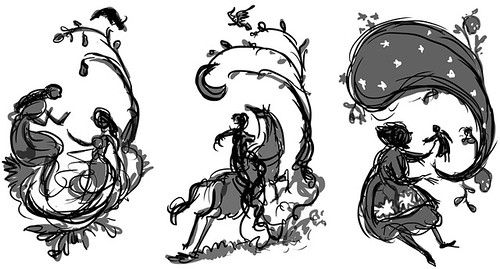 I then sketched the final pieces loosely on the back of some black paper and cut them out. Silhouettes don’t have quite as many stages as other art styles.

This is for “Light as Mist, Heavy as Hope,” a story of lost parents and Rumpelstiltskin-bargains: 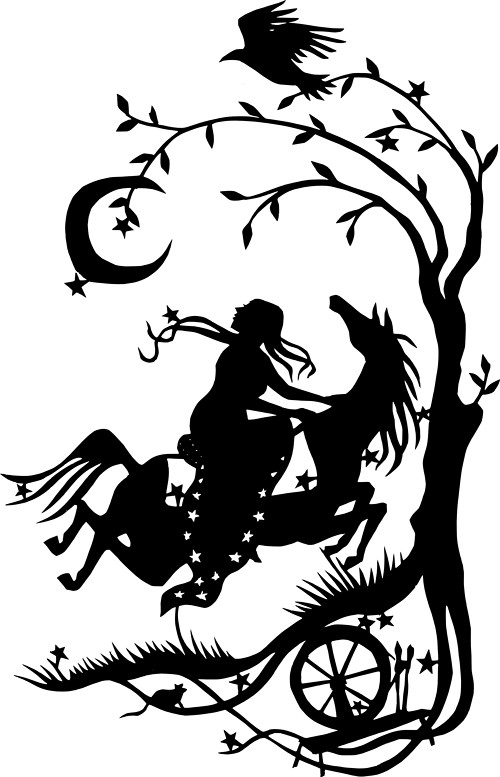 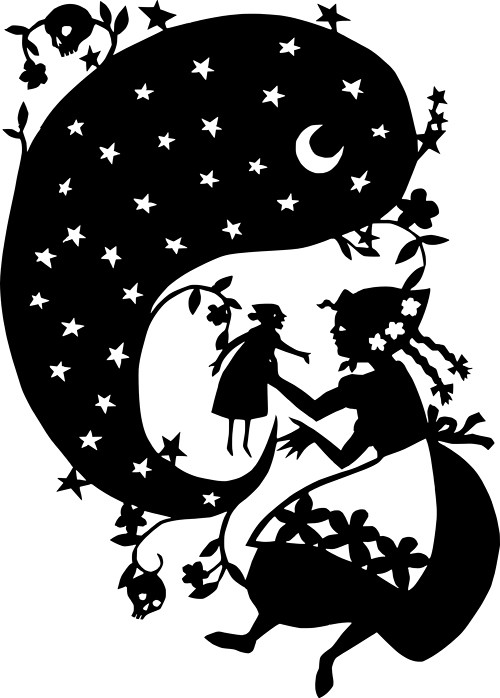 And “The Girl with No Hands”, whom I gave hands in the original paper piece, because I could only bear to cut them off digitally (painlessly, reversibly): 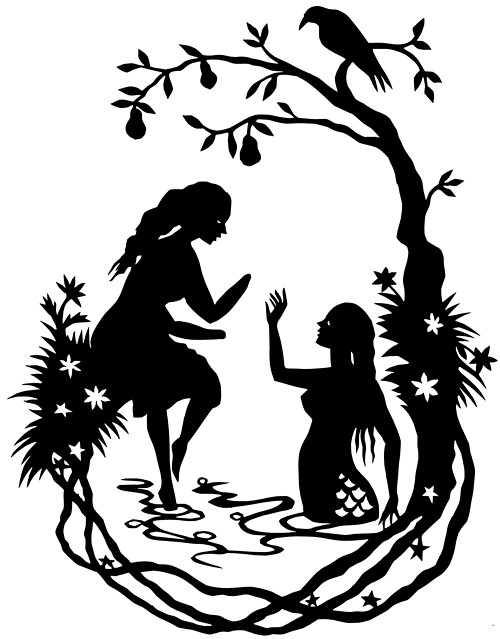 Altogether, I made 16 illustrations for this book, but I’m not posting the rest until it’s sold out!