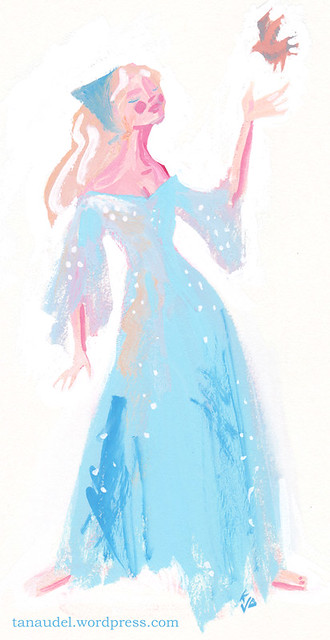 The little gouache Cinderella painting above is available as a print on RedBubble.