There’s a fair bit going on in offline life at the moment (mostly good and hopeful except for the leaky roof), but this weekend past I finished two covers with which I am very happy. The first has been announced!

This was a fairly short turnaround. I ended up putting together the thumbnail roughs in my notebook during a panel at the Brisbane Writers Festival (this is pretty much my ideal way of working – I had SUCH A GOOD TIME at the BWF). 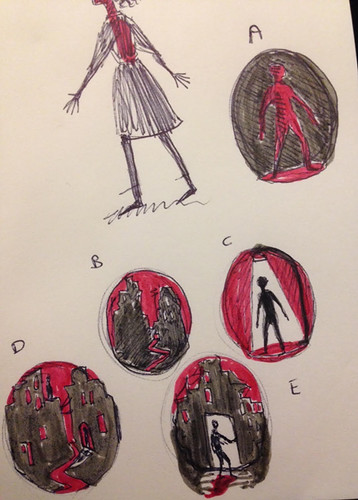 Then I made an oval template by quartering, cutting, unfolding, fixing etc a piece of white paper (because sometimes it’s satisfying to do things from first principles, she said lazily), pencilled and cut out the image. I had a lot of fun with architecture and venetians, although it got a bit non-Euclidean. I want to do more of these. 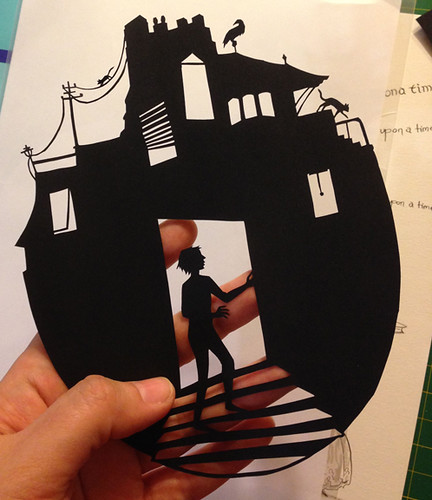 I scanned that, cleaned it up, added a dash of red and white, and then sent it off to Amanda Pillar, the editor of Ticonderoga Publication’s newest anthology, Bloodlines. She and Russell B. Farr put the cover together wonderfully. I think it looks fabulous. 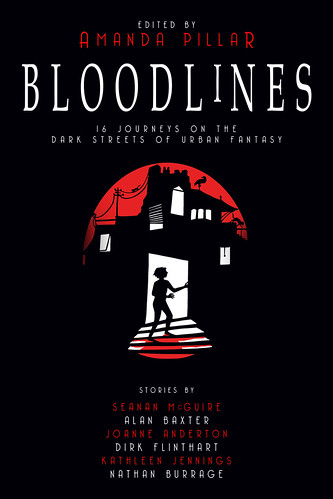 And yes, my secret identity, writer-Kathleen, has a story in it (and made it onto the cover too!). In fact, it is a pretty good lineup of dark urban fantasy:

It will be launched in October, but pre-orders are open now. See more at: http://ticonderogapublications.com/web/index.php/our-books/185-bloodlines/390-bloodlines-cover-and-orders-available