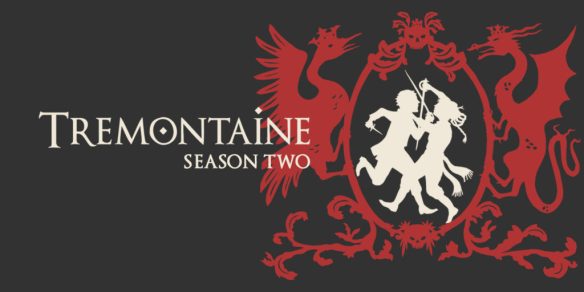 Here is the cover art for the final episode of Season 2 of Serial Box’s serialised prequel to Ellen Kushner’s Riverside novels, Tremontaine!

The final episode of a season is almost as difficult to illustrate as the overall season cover. How to represent what happens in this particular episode, while being true to the overall arc of the season and catching the right elegiac or hopeful note…

As a result, there were a lot of thumbnail sketches.

We went with the image of a Kinwiinik ship taking to the waves. Here are the final pencils. 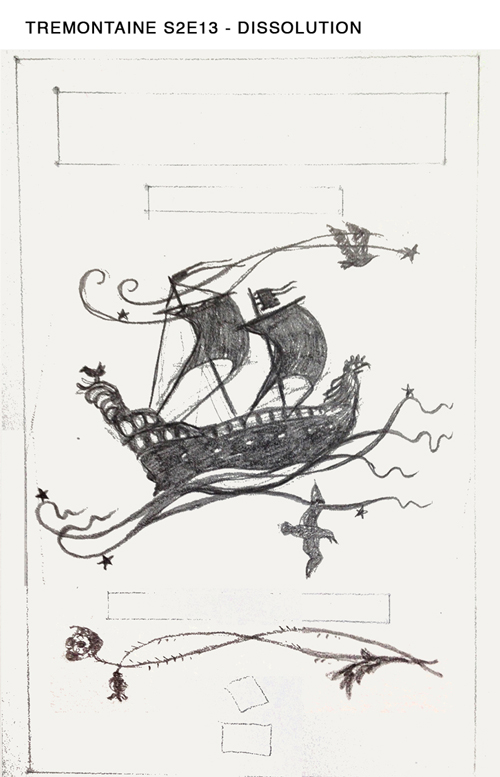 And at last, alas, the finished cover (I’m particularly fond of the poppies). The final layout and design is, as ever, by Charles Orr. 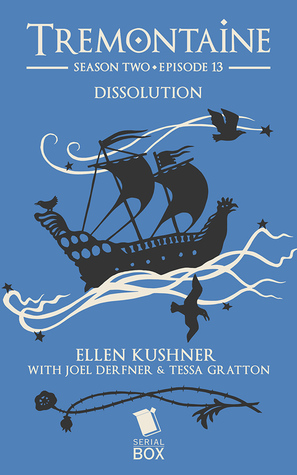