Hey, look! It’s my mermaid-of-ambiguous-intent on the cover of Foulweather Bluff’s moody, mythic, laconic Love Songs for Jilted Mermaids! The album is out now on streaming sites including YouTube and Spotify.

The mermaid image continues to be available on Redbubble, including as stickers and t-shirts.

Mermaids for June! This is largely because I was doing the Mermay challenge (mostly linocuts: you can see the progression on Instagram: @tanaudel), and the only way I was going to get through the last few days AND get the calendar done was to double up (there’s… a lot on).

Rather excitingly, I inked it all with a brush, which is not my usual choice (especially for fine lines!). There are control issues, but the fluidity of it is delightful. Here’s a progress shot.

And below are the full calendar pages, pre-coloured or to colour yourself! If you enjoy the calendar and have a few dollars you’d like to support it with, then that is always very welcome! You can join the patrons who make it possible at patreon.com/tanaudel, or toss a coffee’s worth at  paypal.me/tanaudel. In any case, though, I hope you have fun with these folks.

Designs for a sea witch.

I am in fact drawing Many Other Things, but most I can’t show yet. So here are some marginal mermaids who appeared on a list of reference needed for another project.

The colours (Koi travel watercolours) are limited to what was already on my palette after another picture.

Since this is a behind-the-scenes post, here is also an example of another merlady, and how illustrations start. This is the very early thinking stage, even before thumbnail sketches.

On this manuscript I’m reading through making these shorthand notations, then passing and repassing – looking for less obvious ideas, or poses more suitable to my developing ideas of the characters’ personalities, or even background stories that aren’t necessarily in the text.

At the same time I’m working up some ideas of my own, and in such cases I often start with art before words. 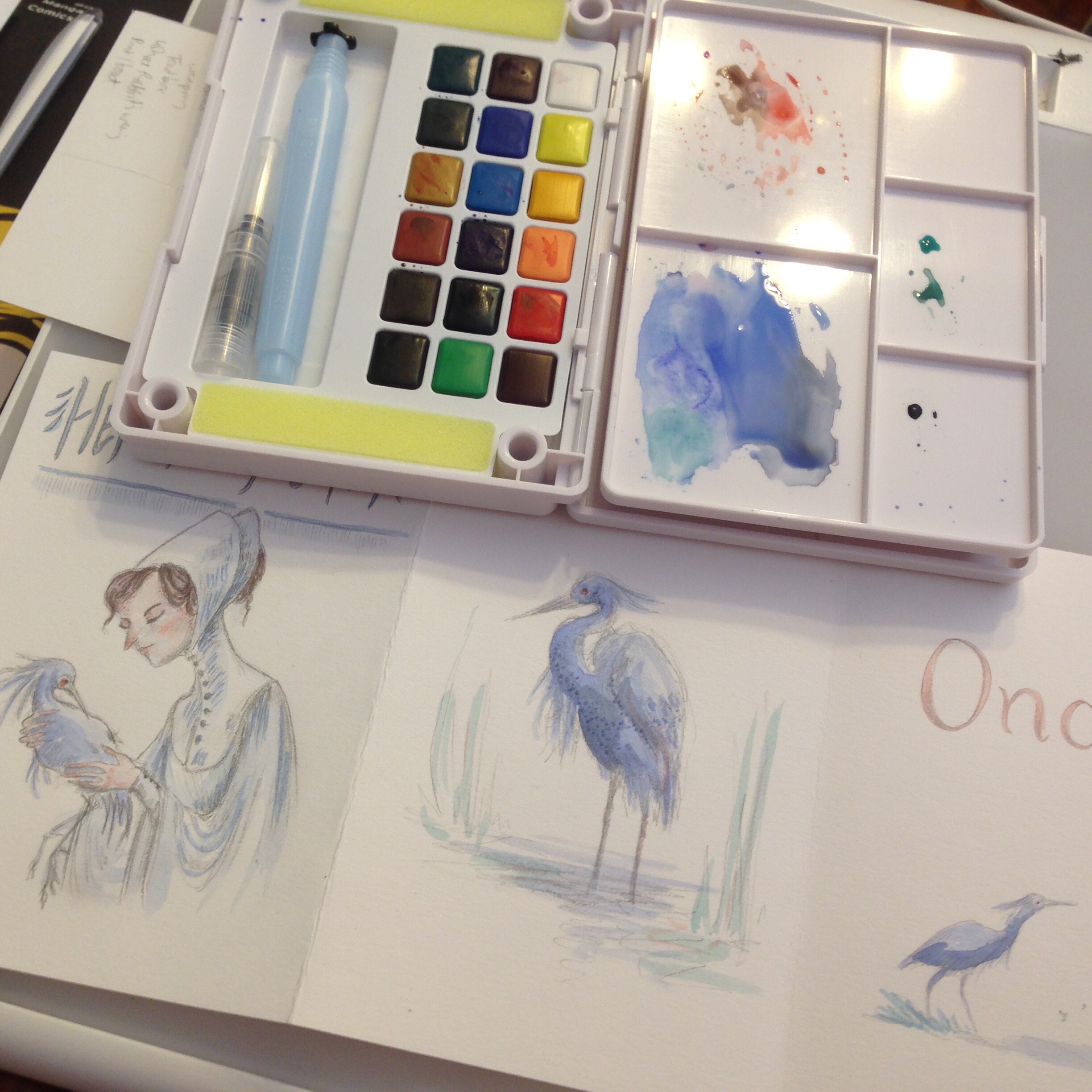 There I’m getting a feel for possibilities of style and colour. Then I’ll probably switch to a faster style to work out the narrative.

Here for example are some shorthand notes for another idea.

And last is something I can’t really show much of: the extras on a Usual Suspects-style lineup of characters for another set of illustrations, partly as a model sheet, partly for practice and also for my own amusement and to break in a new pen nib. 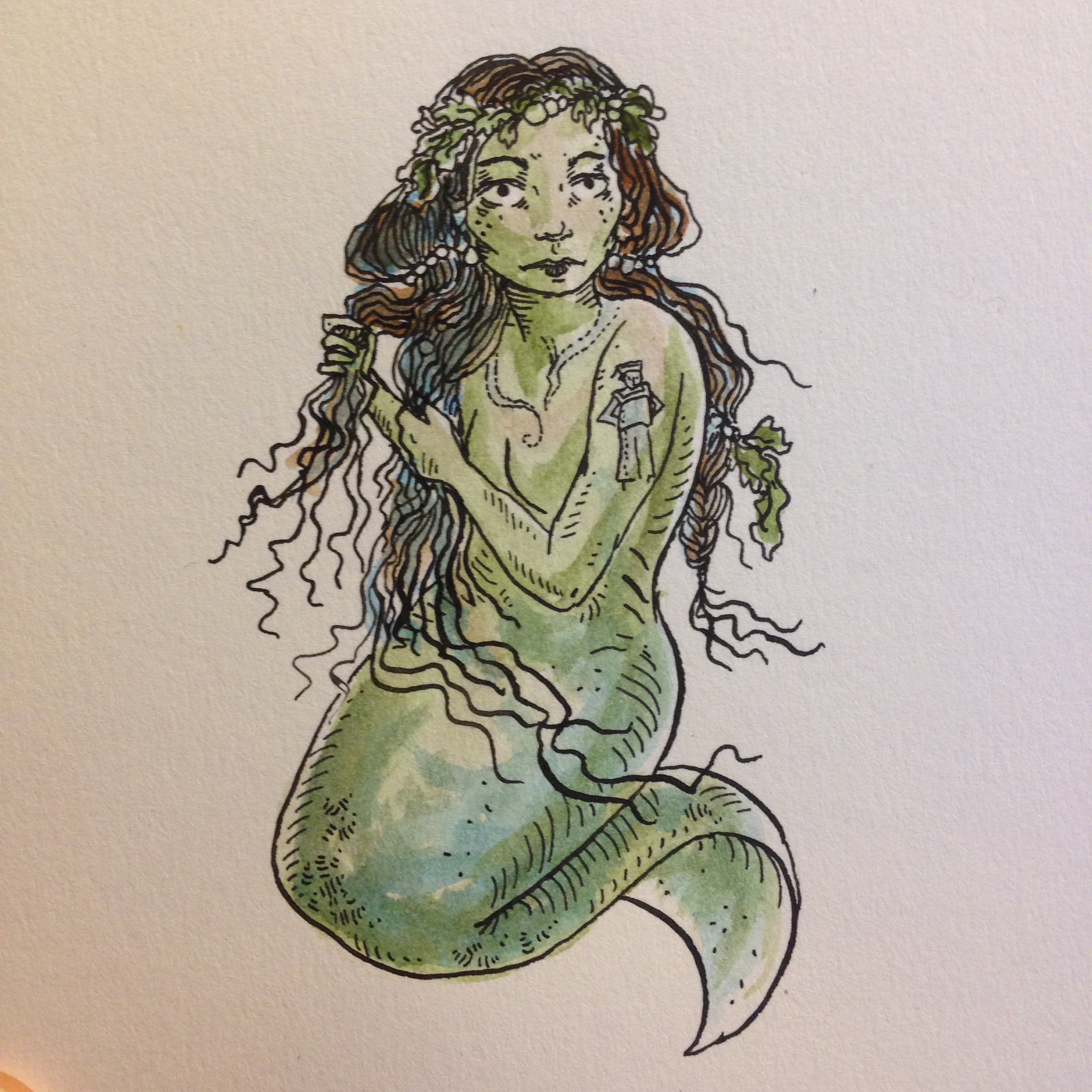 Tattoos of sailors (and a mermaid for Mermay). Pen, ink and watercolour.

I meant to do something fancy with her, but ran out of days.