A series of inkblots. Created a little while ago, in the midst of other deadlines, in a fit of desperation to make-and-finish something, anything. Even so the accordion set did not please me. The textures on the larger pages were interesting (Winsor & Newton Indian Ink, dropped or swirled or spattered into patches of water).

A parrot. The eternal game of finding patterns in ink and kettles and clouds.

A story. Another game, of finding a tale in the structure created by something else — in this case, something to connect ten inkblot drawings (it turned into a little story for patrons).

March was… certainly a month, so I didn’t get drawings done, much read, or this post up at the end of it.

But over the last few months I did seem to read quite a bit (entirely, or partially) about time and lives and disguises and occasional plot-incidental cats, so here is a sketch:

It is said you can’t bring anything through that wasn’t yours to begin with… but that doesn’t stop them following.

Several of these show up again in my Notes on Books in the observation journal, so I might have more to say later 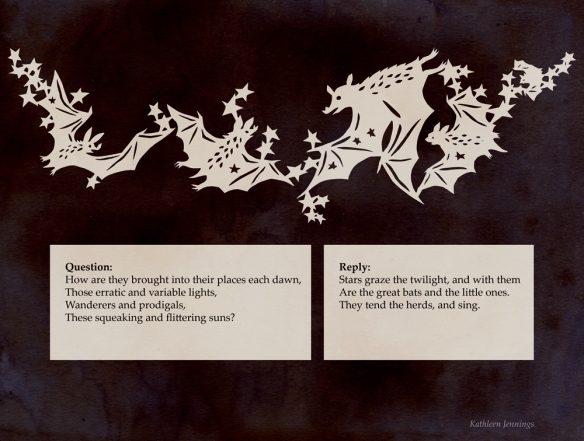 This week’s Illustration Friday theme became (indirectly) a 150 word short story written and illustrated on sticky notes and titled “The Entymologist”. This is a further working-up of the cover drawing. Comments and criticism are always welcome.

Here is a teaser of some other sketches. You never know, something may come of them*.

*That is not a promise.

The story… well, it hasn’t progressed as such, but I’ve developed some conspiracy theories.

Lists.
TV sketching: Shakespeare & Hathaway S4E2.
An enchanted forest...
July calendar coming soon...
My latest short-story-reading post is up at tanaudel.wordpress.com (link in bio). Here are the stories discussed:
Working on colours for the August calendar.