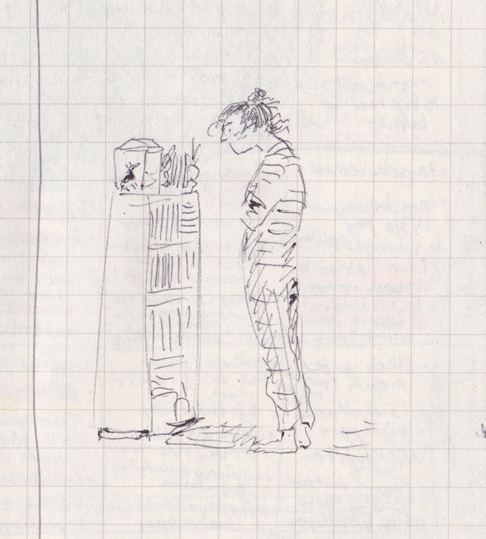 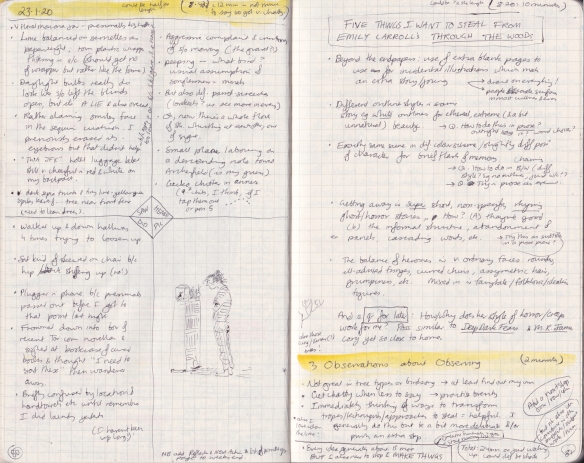 I used to make a note of things that were merely “interesting” or “to try”. What I like about phrasing it as “steal” (yes, obviously not plagiarise) is that, as well as adding a touch of glee, it forces me to immediately think of ways to transform whatever it was I was admiring.

The “five things” also fills the page usefully. It’s a nice length, easy to remember, and usually makes me either think just one or two steps beyond the obvious, or distill my very favourites.

Here’s a close-up of the right-hand page: FIVE THINGS I WANT TO STEAL FROM EMILY CARROLL’S THROUGH THE WOODS (a wonderful collection of… comics? illustrated stories?) 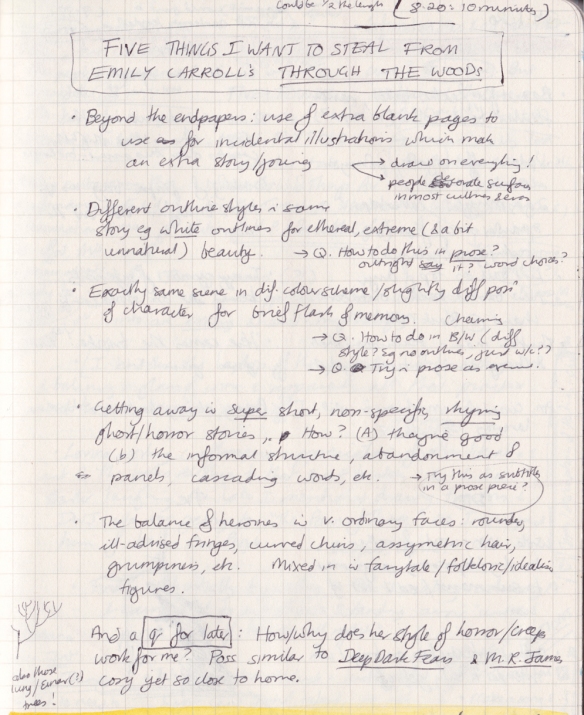 The last point, a “question for later”, led to playing with some small creepy stories in other formats, inspired by other books.

I enjoy this format, and what it’s led to. I’ll probably post some more examples later.

And in case it needs to be said: Don’t plagiarise!

Also: Read Through the Woods. 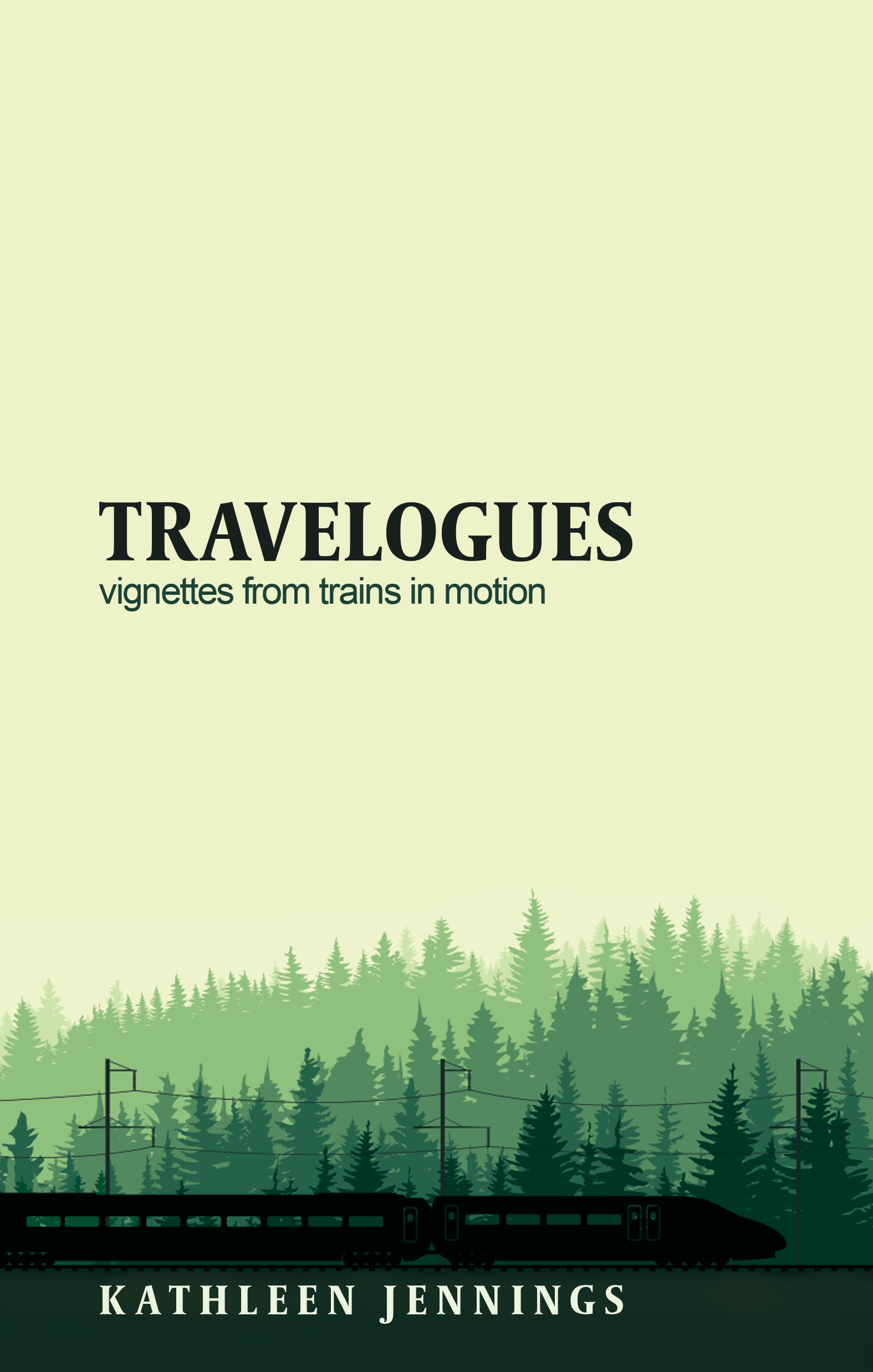